EVAN AND PAT (these are fictional characters)

Evan is 47 years old.  Pat is 44. They've been married for 12 years, after having lived together for 5 years (together a total of 17 years). Both agree that the last 3 years have been the worst of their lives.  Certainly the worst 3 years of their marriage.

They've been discussing separation and divorce.  Evan wants a "trial" separation.  Pat says if they separate, they should divorce.

Pat says that Evan is mean and verbally aggressive when they argue.  That it has gotten worse in the past 6 months.  Sometimes Pat feels physically threatened.  Evan has never hit Pat, and adamantly denies ever considering it.  Says it would never happen.

Evan accuses Pat of being "too sensitive" lately, too emotionally needy.  That Pat shuts down when Evan is trying to "communicate".  Both say they love each other, but are no longer "in love".  Pat also feels that Evan is having an "emotional affair" with a coworker, and Pat brings this up when they argue.  Pat saw some messages in Evan's Facebook Messaging that were suspicious.  Evan denies any infidelity; and is resentful of Pat's invasion of Evan's privacy.

Pat found this Marriage Repair Kit on-line.  They agreed to give it a try. 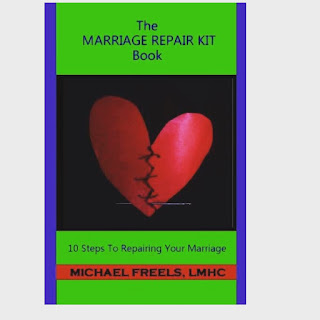 If you or someone that you care about could use some help fixing their relationship, then you should get (My first Ebook) The MARRIAGE REPAIR KIT Book.  Purchase it today  for $4.99 by going to :  http://www.e-junkie.com/300512

Posted by Michael Freels at 9:21 AM 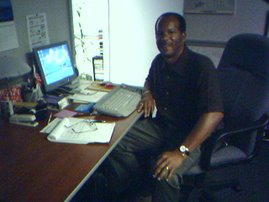